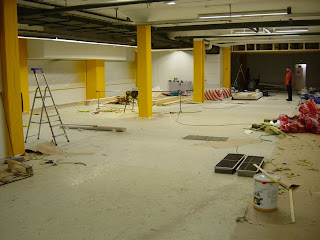 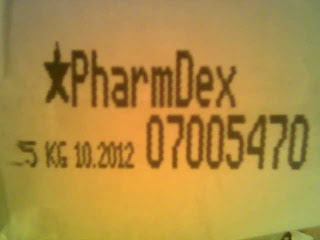 The Best Just Got Better! 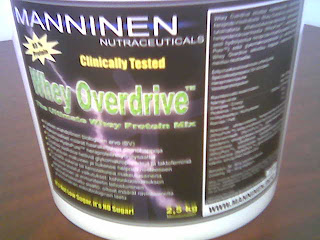 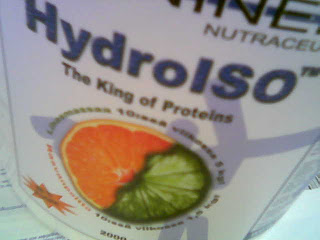 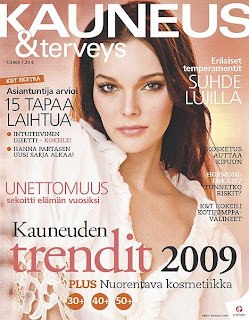 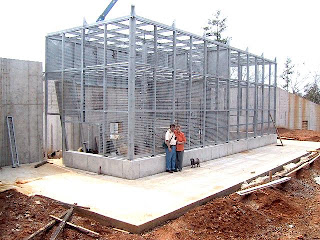 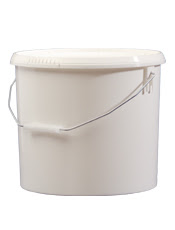 We present a case of acute cholestatic liver injury associated with the combination of whey protein and creatine supplements. The difficulty of diagnosing drug-induced liver injury is emphasized. The patient is a healthy, 27-year-old man who presented with painless jaundice. He had no occupational exposures to solvents, was not taking prescription medications, and did not use recreational drugs or alcohol. He was an enthusiastic weight-lifter and had been taking creatine for 8 to 9 months and whey protein supplements for 4 weeks prior to the development of symptoms. Laboratory tests revealed elevated total bilirubin (54.7 mg/dL) and alkaline phosphatase (436 U/L), minimally elevated transaminases, and a creatinine of 3.1 mg/dL. Serologic work-up was negative for viral hepatitis and autoimmune liver disease, and Wilson’s disease was ruled out. Magnetic resonance cholangiopancreatogram was unremarkable, but a liver biopsy showed marked cholestasis with ductular proliferation. He had dramatic clinical improvement with intravenous fluids and discontinuation of the nutritional supplements. In patients with acute liver injury, clinicians should inquire about dietary supplement usage and consider immediate discontinuation of all unnecessary products. We describe a case of profound jaundice related to a commonly used and reportedly safe combination of such supplements.

As many of you may or may not know, there are relatively new adverse reaction reporting protocols in place for dietary supplements which began December 2006. Essentially, this serves as a collection house for healthcare professionals and consumers to report negative experiences with dietary supplements. Politics aside, this has been put in place to protect consumers and to hopefully root out dangerous or mislabeled dietary supplements.

Now if you read the abstract above, you are probably wondering how could creatine or whey protein cause cholestatic liver injury? The fact of the matter is, supplemental creatine would only raise creatinine to a significant degree and not the other clinical markers (1,2). So should we point the finger at whey protein for elevating the questionable clinical markers since creatine most likely did not?

In reality, whey protein has actually proven to have a positive impact on the liver in many clinical studies (3-5) often lowering the same parameters including bile duct proliferation (3). The same can be said for casein protein and whey hydrolysates (3,5) but that is a moot point. Regardless, we are still left with the question of what could have potentially caused this man’s cholestatic liver injury?

One use of terminology that I found rather intriguing in this citation was the term “enthusiastic weight lifter” and also the time frame in which he began using “whey supplements.” Now I may be going out on a limb here, but perhaps instead of starting whey protein four weeks prior to his ailment, could there be a possibility he was taking some form of oral steroid? It’s not like anyone hasn’t done a four week cycle of oral steroids before and had elevated liver values right? Either way, it is a definite possibility that an “enthusiastic weightlifter” might turn to steroids to increase their strength and muscle mass. There is no doubt about that.

Let’s think about this for second. Have oral steroids over cause cholestatic liver injury? Have oral steroids ever been attributed to elevated bilirubin that can cause Jaundice? Have they been attributed to raising liver enzymes such as the ones noted in the case study? The answer quite succinctly is yes (7-13). For detailed description of how this occurs please read A Closer Look at Steroid Liver Toxicity by M. Fischer. Now what is absolutely disturbing regarding our case study is that they did not even think or have the wherewithal to investigate this possibility. Instead, they based their conclusions on the patient’s testimonial regarding creatine and whey protein instead checking for an elevated T/E ratio or serum testosterone levels.
Now what is more alarming? The fact that these hepatologists do not even know how some of the most widely consumed dietary sport supplements effect the organ which they specialize in? On the flipside, is it even worse the board of reviewers who accepted this case study for publication didn’t think to question their results either? Perhaps the stark possibility this case study might be presented one day as justification to remove access to proven ergogenic aides? We could speculate all day what a travesty this is, but the fact remains this misinformation is still out there. Even the safest of supplements are sure to be scrutinized under false pretenses.

The reason why I brought your attention to this particular case study is that it really illustrates just how ill-informed and prejudiced the established medical community can be against dietary supplements like creatine and whey protein. It is my hope that many of the myths regarding supplementation are dispelled so the tide of ignorance that is quite prevalent among some medical researchers doesn’t catch the watchful eye of Uncle Sam anymore then they already have. It’s up to every one of you to help secure your rights to freedom of choice before those choices are taken away from you. 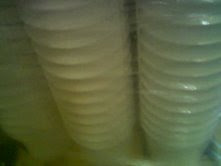 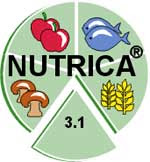 Testosterone separates men from the boys. Testosterone increases the synthesis and decreases the breakdown of protein, leading to an increase in the rate of growth. In addition, testosterone plays a key role in health and well-being. In the first part of this article, we explain what testosterone is and how it affects the body.

Testosterone, the principal hormone of the testes, is a anabolic steroid synthesized from cholesterol in the Leydig cells and is also formed from androstenedione secreted by the adrenal cortex. The secretion of testosterone is under the control of luteinizining hormone (LH). The testosterone secretion rate is 4-9 milligrams per day in normal adult men. Around 98% of the testostosterone in blood is bound to proteins. In general, only non-bounded (free) testosterone has biological activity.

The key testosterone effects are as follows:

- Maintenance of muscle mass and strength

- Maintenance of bone density and strength

However, these effects decline as testosterone levels decline in the later decades of adult life. Unfortunately, anti-doping hyperbole over the years has been the major detractor from the treatment of clinical states that could be caused by or related to low testosterone levels.

At moderate doses, testosterone improves the mood, is a anti-depressant, and do not lead to aggressiveness.

While the focus of this article is the natular testosterone produced by the body, I will cite some studies using supplemental testosterone to high-light the benefical effects of higher testosterone levels.

Firstly, some medical authorities have grossly mislead the general public about the effects of testosterone and other anabolic steroids, i.,e, they downplayed how well anabolic steroids work and exaggerated the side-effects. Probably the most well-known anti-steroid fanatic was Dr. Allan Ryan. He adamantly stated that steroids did not work, any strength gains were purely psychological and any muscle size gains were purely from water retention.

In 1978, he published an pseudo-scientific article titled "Anabolic Steroids: The Myth Dies Hard" in The Physician and Sportsmedicine. Dr. Allan was not satisfied with the original 1977 Americal College of Sports Medicine position stand he had a major influence in forming, so he suggested changes to even further claims steroids do not work. Below is the original statement with Dr. Allan´s proposed changes as follows: Those words he wanted to omit are in italics with a line through it [ei näy alla] and those words he wanted to insert are underlined in [brackets] [ei näy alla].

"The administration of anabolic-androgenic steroids to healthy humans below the age of 50 in medically approved therapeutic [any] dose often does not [consistently] of itself bring about any significant improvement in strength, aerobic endurance, lean body mass, or body weight."

However, the efficacy of testosterone therapy in increasing muscle mass and strength was confirmed scientifically in 1996. Bhasin and co-workers randomly assigned 43 normal men to one of four groups: 1) placebo (i.e., inactive fake drug) with no exercise; 2) testosterone with no exercise; 3) placebo plus exercise; and 4) testosterone plus exercise. The subjects received injections of 600 milligrams of testosterone enanthate or placebo weekly for 10 weeks. The men in the exercise groups performed standardized weight-lifting exercises three times weekly. The results demostrated that testosterone, especially when combined with weight training, increases muscle size and strength without increasing the occurrence of angry behavior. The old theory that increased muscle and strenght gains are secondary to more intense and aggressive weight lifting in steroid users is clearly fallacious as it cannot account for muscle and strenght gains seen after testostosterone administration in the absence of weight training.

While its is well-established that testosterone increases the synthesis (anabolism) and decreases the breakdown (catabolism) of protein, the mechanisms behind these effects are still somewhat unclear. However, it is now evident that testosterone induces muscle growth by multiple mechanisms, including its effects on satellite cells. Satellite cells are able to fuse to augment existing muscle fibers and to form new fibers. Testosterone also augments overnight growth hormone (GH) secretion. GH is a peptide hormone, which stimulates protein synthesis and promotes lipolysis (i.e., the breakdown of fat stored in fat cells).

Serious advserse effects associated with testostrone therapy are often related to poor quality underground products and/or inapproriate administration of the injections. However, testosterone therapy, especially in high doses, do have some well-established adverse effects, but they are largely cosmetic. Testosterone can cause alopecia (thinning of hair) and pattern baldness. Acne is also a common side effect. Significant increases in estrogen (female sex hormone) levels resulting from aromization of testosterone can cause breat enlargement (gynecomastia).

In the second part of this article, we will talk about how to increase testosterone production through diet/nutrition, training and supplementation.

Allen B. Dont confuse me with the facts: Doctors have their own opinions on steroids! Mesomorphosis.com 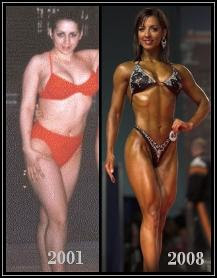