"A wide range of "practical dosages" of calcium pyruvate were ineffective in elevating blood pyruvate content over a 4-h period. Furthermore, 7 days of supplementation with 7 g/days of pyruvate failed to enhance performance during intense aerobic cycling in well-trained individuals." 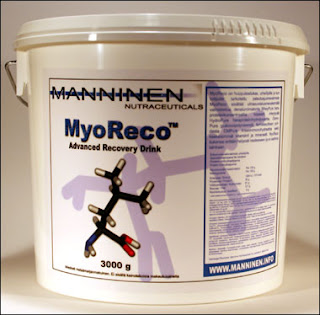 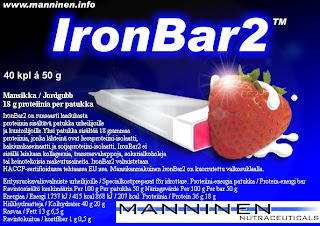 Orange County, California ¨C A California Federal Judge has certified a nationwide and statewide class action against supplement maker Bio-Engineered Supplements & Nutrition, Inc. (¡°BSN¡±). The lawsuit alleges that BSN sold tens of thousands of bottles of its products Cellmass, Nitrix, and N.O.-Explode based upon false labels and false advertising. Specifically, the suit alleges that BSN falsely claims that its products contain a new form of creatine called ¡°Creatine Ethyl Ester Malate¡±, or ¡°CEM3.¡± The suit claims that not only did BSN¡¯s products not contain CEM3, but that CEM3 does not exist and is impossible to manufacture.
In certifying the class, U.S. District Judge James V. Selna concluded that the plaintiffs had ¡°provided sufficient evidence to demonstrate that they may be able to prove the false representations at trial.¡± The Court further concluded that the evidence presented by the Plaintiffs show ¡°evidence of a wide-spread advertising campaign which claims that CEM3 is a superior form of creatine¡± and that the same evidence ¡°tends to indicate that the representations were made.¡± Finally, the Court ruled that ¡°Rivera has provided sufficient evidence that the products did not contain CEM3¡± and that BSN improperly engaged in an ¡°underlying scheme of promoting CEM3 as a superior form of creatine¡± to allow the case to proceed to trial as a class action.
The Court certified a class of both California consumers and nationwide consumers. The Court defined the ¡°nationwide fraud class¡± to include ¡°All persons residing in the United States who, from November 6th 2003 to the date of certification, purchased any BSN product labeled as containing Creatine Ethyl Ester Malate¡± or ¡°CEM3¡±, including but not limited to ¡°Cellmass¡±, ¡°Nitrix¡±, and N.O.-Xplode¡± products.¡± The class is believed to include over 100,000 members nationwide, and the Court further noted that plaintiffs claim that ¡°the plaintiffs each lost $50 or more¡± as a result of the alleged fraud.
Finally, the Court appointed the law firms of Robinson, Calcagnie & Robinson (www.orangecountylaw.com) and Call, Jensen & Ferrell (www.calljensen.com) as counsel for the class. Collectively, the two firms have obtained verdicts and settlements of several billion dollars in recent years.
¡°I am sure the members of this newly certified class will appreciate Judge Selna's ruling. We still have a lot of work to do, but we are looking forward to proceeding to trial on behalf of the many consumers in the class who have been damaged¡±, stated class counsel Mark. Robinson. ¡°We¡¯re obviously quite pleased with the Court¡¯s decision¡±, added class counsel Scott J. Ferrell. ¡°BSN perpetrated a massive fraud on unwary consumers. By far, the most important aspect of the ruling is the ability to enjoin BSN from making these fraudulent claims. We also look forward to promptly notifying the class members and getting this case in front of a jury as soon as possible. Classwide damages could easily exceed $100 million.¡±
# # #
For more information about the Rivera lawsuit or to schedule an interview with class counsel, please call Denise Reigel at 949.717.3000 or e-mail her at dreigel@calljensen.com.
Lähettänyt Anssi Manninen klo 8.21 Ei kommentteja:

Octopamine: Alternative for Ephedra or the Latest Snakeoil?

Obesity drugs act by a variety of mechanisms, but all must either reduce energy intake and/or increase energy output. Energy intake may be curbed by reducing hunger or appetite or by enhancing satiety. Obesity drugs also may increase activity levels or stimulate metabolic rate. The non-prescription weight-loss market in the U.S. is flooded with many hundreds of products that promised to shed pounds quickly and easily. Few data, however, support their efficacy or safety as agents for weight reduction and long-term maintenance of weight loss. The latest ingredient in diet supplements is octopamine, a biogenic amine. Octopamine shares structural and functional homologies with noradrenaline. Molecular Nutrition claims that “Octopamine is a potent naturally occurring selective beta-3 adrenergic receptor agonist, and has been shown in in-vitro animal studies to exhibit strong lipolytic [fat mobilizing] activity in fat cells. It is also the first selective beta-3 agonist ever to be isolated and made available as a nutritional supplement, and given the understanding we have of beta-3 receptors and their ability to mediate human fat loss we believe it holds tremendous promise as a powerful, comfortable and safe fat-loss alternative to a non-selective beta agonist like ephedrine.“ This article examines some of the science behind octopamine.

The major function of adipose tissue (fat tissue) is storage of the triglycerides (neutral fat) until they are needed to provide energy elsewhere in the body. The first stage in using triglycerides for energy is hydrolysis (lipolysis) of the triglycerides into fatty acids and glycerol. Then, both the fatty acids and the glycerol are transported in the blood to the active tissues, where they will be oxidized (burned) for energy. Lipolysis is stimulated by catecholiamines (norepinephrine and epinephrine). The effects of norepinephrine and epinephrine are brought about by actions of on two classes of receptors, alpha- and beta-adrenergic receptors. Beta-receptors are subdivided into three groups, beta1-, beta2-, and beta3-receptors. During the last decade, intensive research into the rodent beta3-receptor has led to the synthesis of numerous beta3-agonists (e.g., BRL 37,344, CL 316,243, SR 58,611) that are potent stimulators of thermogenesis in brown fat tissue and lipolysis in white fat tissue (“lard”). However, the physiological catecholamines (norepinephrine, epinephrine) have less affinity for the beta3-receptors than for the beta1– or beta2-receptors. Thus, it is widely accepted that adrenaline and noradrenaline cannot exert their beeta3-adrenergic effects independently of their beta1- and beta2-receptor-mediated actions, since the three subtypes of receptors co-exits (in different properties) in most of the tissues which respond to selective beta3-receptor agonists. This has led scientist to investigate the beta-adrenergic properties of several biogenic amines such as octopamine, tyramine, synephrine, beta-phenylethylamine, epinine, phenylethanolamine and dopamine. Most of them are metabolically related to catecholamines, share common precursors, formation and degradation, and can be intercorverted into norepinephrine or epinephrine.

In rodents, lipolysis is know to be stimulated mainly by the activation of beta-3-receptors in white fat cells, but beta1- and beta2-agonists can also stimulate lipolysis. However, white fat cells from primates – including humans – exhibit only weak activation of lipolysis in response to beta3-agonist while they respond to beta1- and beta2-agonist. To explore the efficacy and potency of the above mentioned biogenic amines on the various subtypes of beta-receptors coexisting on the same cell, Dr. Christina Carpene and colleagues from France used isolated fat cells as a model exhibiting, with large interspecific differences, various proportions of all the beta-receptors subtypes involved in the control of lipolysis. Results indicated that octopamine fully stimulated lipolysis, but only in rat, hamster and dog fat cells. In human fat cells, octopamine stimulated lipolysis only very weakly.

If you are rat, hamster or dog, octopamine holds some promise. However, it does not appear to exhibit strong lipolytic activity in human fat cells. Also, safety of octopamine is unknown. Clearly, well-controlled human studies are needed before any conclusions can be drawn.
Lähettänyt Anssi Manninen klo 1.57 Ei kommentteja: 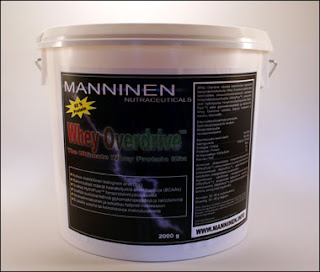 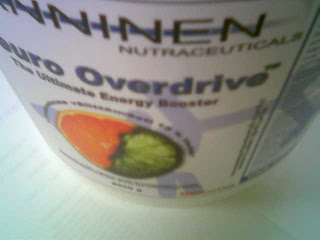 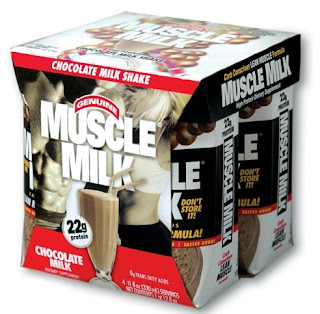 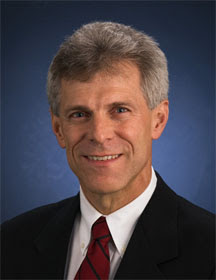 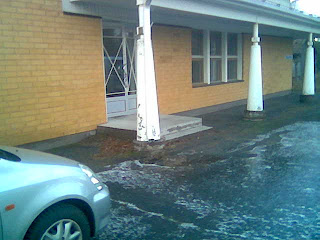 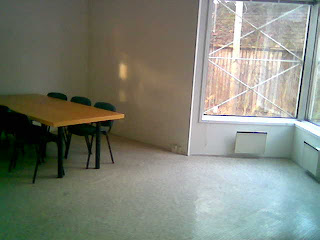 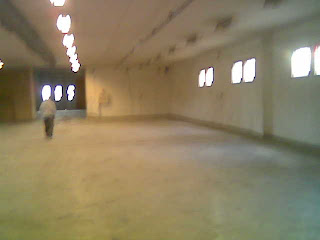 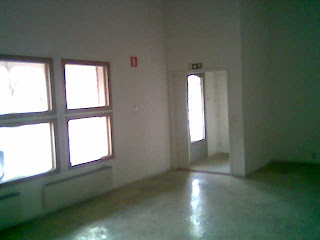 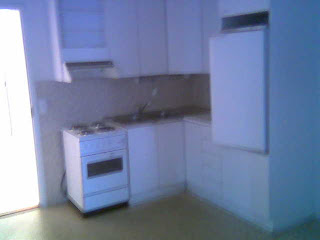 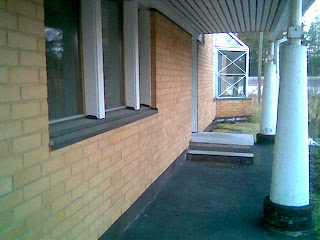 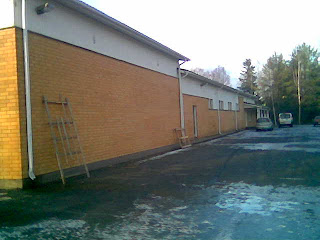